Style wise, these look fairly snazzy and definitely will help boost your image at the gym.
These are intended as a “studio” shoe, so we think that these will probably fare better indoors than out.
Since ASICS are the top word for Japanese sports shoes, our hopes are high when we try them on.
The design promises much and is very easy on the eye. At the moment, there only seem to be two styles on sale.

These are the firstly the black ones; which are actually listed as black, white and silver and then the multi colored affair; which are the highly popular glacier/paradise green/ diva pink.

With a ‘rubber band’ design, which the laces slot into, these give an overall energetic appearance to the sneakers.

The top end of the shoe has an airtex appearance, so hopefully these will not sweat your feet to death. An integrated fit system keeps the shoe fitting snugly around the heel and the whole foot.

The outsole is made from AHAR (ASICS High Abrasion Rubber) which the manufacturers promise will be long lasting and take a lot of high impact action.

With a RearFoot Gel Cushioning System that takes the shock of running out of your foot, these are shaping up to be a mighty comfortable pair of sneakers.

We like that these are an incredibly lightweight design – weighing in at 170 grams (approximately 5.9 ounces). The tongue is an easy locking one and the rubber band design looks as if it will spring us into action on the treadmill.

There is plenty of midsole cushioning, meaning our delicate feet will not take a pummeling in the gym or on the tarmac outside.

Flip them over and look at the sole on the reverse and these come with a flex midsole groove, for spot on positioning and no slips.

As mentioned, the upper has a mesh design, which allows air to circulate inside the shoe. This should ensure keeping things “fresh” in there.

The “Californian Slip Lasting” upper features stitching around the EVA board and the sock liner is removable from these shoes, in case you need to put your own orthodontic liner in.

All in all, the technical details look good and the next thing that remains to be done is to try them on! 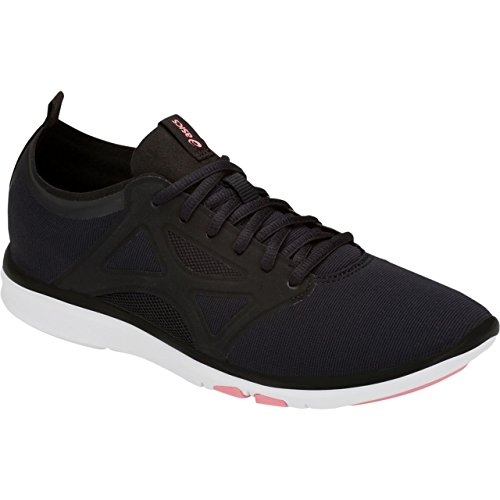 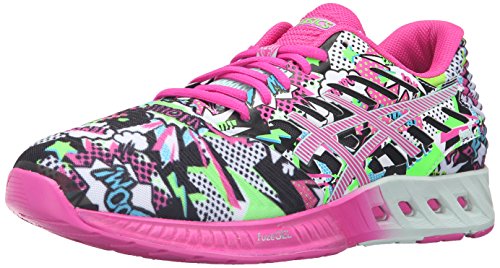 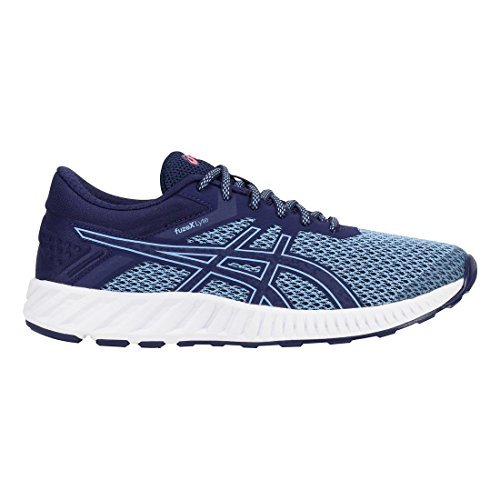 But before we do that, a word about ASICS.

These are the Japanese shoe designer, who started off by selling basketball specialist shoes.

ASICS stand for Anima Sana In Corpore Sano which is Latin meaning: a sound mind in a sound body.

They were founded in 1949 by Mr. Kihachiro Onitsuka, in Kobe, Japan.

There, he manufactured basketball shoes to be worn by Japan’s up and coming national basketball team.

Back then, in 1950, the shoes were known as Onitsuka Tiger shoes and they celebrated glory, a year later, when the winner of the  Boston Marathon wore them.

The success continued, with the women’s volleyball team surging to victory in a pair of their special volleyball shoes, in 1964.

It was not until the 1970s that the company would be known as ASICS and the ASICS brand was born.

During this decade, the shoes would be associated with gold winner Lasse Viren and he was only one of the athletes to succeed wearing the new look ASICS.

And so, the brand continued going from strength to strength through the 1980s, when ASICS began researching the design of the shoes in more thorough detail.

This would result in a research laboratory being created at their Kobe headquarters, which would eventually introduce the revolutionary ASICS gel cushioning system.

The nineties would bring more innovation, including the AHAR heel plug, the Wet Grip Rubber and DuoMax, amongst other designs.

From their beginnings as the shoe of choice for Japanese basketball players, the ASICS brand has now expanded to being an all round sports brand and is especially associated with running shoes.

These are available in a half size and come in a size five to a twelve. We think that should be plenty to get a decent fit, for most women.

With a 77% approval rating that the sizing was spot on and only a very small minority falling either way, thinking that they were either a little too big or too small – with too small edging slightly further ahead.  We are satisfied that you should be able to order your regular size with confidence.

These are a lightweight and comfortable pair of sneaker shoes, which hug your feet, cushion your heel and sole and won’t make your feet want to cry, every time you take them out for a pounding on the treadmill.

They won’t make your feet sweat unduly and you might even forget you are wearing them!

Given that these are described as being the ultimate “studio shoe” we think that this is code for not being an outdoor sneaker.

Don’t get us wrong, these are just fine on the tarmac and outside runs or jogs. We just wouldn’t go off roading in them and expect them not to suffer.

The mesh upper around the tip of the shoe means that it will definitely let in water and moisture, as well as dirt and mud. So we wouldn’t advise wearing them in difficult conditions.

As well as running and training, these shoes make just great ordinary walking shoes for everyday or workplace use.

ARE THERE ANY PROBLEMS WITH THIS SHOE?

In all honesty, we can’t find anything wrong with these shoes. They are lightweight, comfortable and perform well in the gym or on the track.

The only real complaint is merely one about the listing photograph – apparently a lot of people have mistaken the Glacier/Paradise Green/ Diva Pink with orange. This is apparently due to the misleading color in the photographs.

Not surprisingly “Diva Pink” means, well, pink, not orange. So as long as you know this, then that is about everything you need to know.

SHOULD I BUY THESE SHOES?